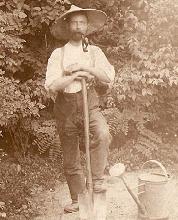 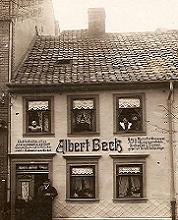 Middle of the 19th century began the gardener CHARLES MOELLER in Celle/Germany with the trade of seeds. Known by the purity of the seed in town and country, a colonial shop with all the necessaries of life developed. 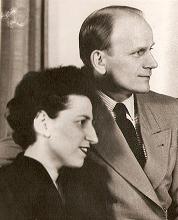 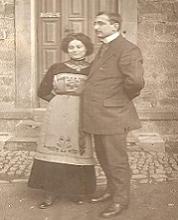 Later, one of his 11 children, Hermann Möller, a trained merchant and decorator took over the business. With his wife JOAN, daughter of Beck`s sawmill and timber trade from Eisenach, he continued the tradition continues. Interrupted by the World War 2 they took from 1946 to trade up again. Soon the shops in Celle city center flourished again and it was traded in live animals and even turtles, monkeys and crocodiles from the former colonies. 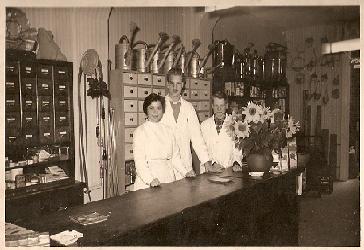 CARL WERNER MOELLER, 3 Children from this marriage, expanded his knowledge of the business education in the elegant dining. At the age of 22 he opened in 1979 in Braunschweig city, the first in-gastronomy CAFE BAR BLANCHE. This was followed already in 1984 "CUISINE Josepine", a Nobel snack modeled on a castle kitchen on the model of Les Milandes, the castle of Josephine Baker. Here, the catering service with champagne and VIP events was first launched. 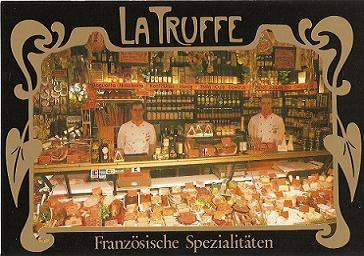 To make his specific knowledge to a wider audience, he opened his LA TRUFFE GOURMET SERVICE 1986. 1988 gave CARL WERNER MOELLER the company's recognizable black-gold-orange appearance. 1991 went to the LA TRUFFE RESTAURANT & GOURMET FOOD TRADING kitchen and a larger event on the prestigious King Street on. 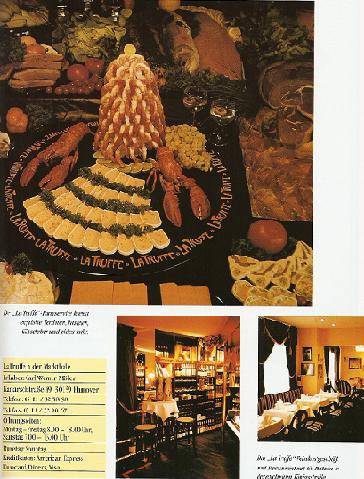 In 1994, a new gourmet bistro, the LA TRUFFE ORGANGERIE. Was at the Galerie Luise these experiences, the well-known since 1999 LA TRUFFE ducks-grill that is to visit every year at the Hannover Christmas market. 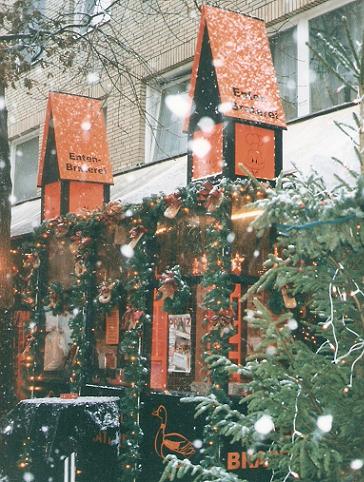 In order to specifically address a younger audience, took CARL-WERNER MOELLER - HOF ZUM BERGE in 2002 the challenge of organizing the kitchen FIRE BAR to take in Hanover's Old Town. Also regularly organizing street parties with cabaret stage was one of them. 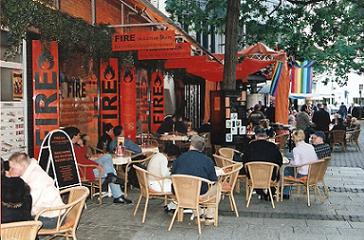 In the period 1979 to early 2008, over 5,000 catering and large events were organized and executed. Whether extravagant exhibition events for companies such as NordLB, Preussen Elektra, Ericsson or Motorola, private garden parties with white tent landscapes, or wedding dinner in the castle, with decoration and noble seating - all this was one of the tasks in the past thirty years.

Within this time, the camp filled with appliances, dishes, fancy kitchen exhibits and decorations that were purchased for use or appropriate for themed events.

In the fall of 2007, during a visit at the Cologne Chocolate Museum, the decision was made to found a kitchen museum with integrated school kitchen. All exhibits are to be seen in contemporary history and scenery are demonstrated in use. The corresponding country-specific specialties can be sampled immediately.

To address this task, the FIRE BAR was handed over to a successor in February 2008. Until the opening of the WORLD OF KITCHEN - MUSEUM the time was used to clean the existing collection, and constantly re-consigned exhibits, to photograph, to inventory and catalog.

In December 2009, nine members of WOK - World of Kitchen founded e club, which will assume the responsibility to provide young people with the culture of food preparation. This nonprofit organization promotes in his school and teaching kitchen, with money from donations and revenue from nutrition education classes.


On April 15, 2010, this museum and Europe's first kitchen presents more than 10,000 exhibits from the collection of Carl Werner Möller - Hof zum Berge. Up to 150 visitors of all ages enjoying a day in the year 2011, this unique kitchen museum.

The balance of the first two years: over 300 school cooking classes with over 6000 children and young people have been in the kitchen by teaching Museum.

For 2013, plans to Carl Werner Möller - Hof zum Berge a foundation to improve the environment for the education and training kitchen, and all exhibits must be secured in the long future.

A special thanks to all the previous donors and volunteers, who are here with a lot of commitment to promote this educational project. In addition, CARL WERNER MOELLER - HOF ZUM BERGE looking forward to new contacts that will help him and his dedicated team in the implementation of the WOK MUSEUM with advice, support and donations.